White Board Monte' is similar to Leo Smetsers' 3-shell game, but with a much more commercial angle. A game of luck where the spectator is being challenged to follow a specific disk. That disk can have the spectator's name, a company logo, or anything engaging which can be written or drawn on white board. What the spectator doesn't know is that the success of his choice is controlled by the performer!

The three disks are shown and then mixed up. Despite the spectator being 100% certain of his choice, 'his' disk will magically be in a different place than expected.

Ease of handling is made possible by the rubber ring around the disks which guarantees an optimal grip and makes sure that even 'difficult moves' are a piece of cake.

Despite the disks having writing on them, they can be shown either all white or - when necessary - shown with an image or word on them.

White Board Monte is extremely versatile and gives you the opportunity to use the name of the spectator, a company logo, playing cards, city names, sports teams, special dates like birthdays or anniversaries, and on and on. You can now change the act to match any situation of your own desire.

The possibilities and ideas are unlimited.

Of course the perfectly crafted marker and disks have the exceptional quality you are used to from Leo Smetsers' products.

This humorous gambling game provides for great interaction with the public and is a guaranteed entertainment success every time. 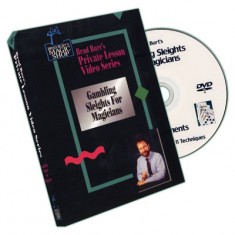 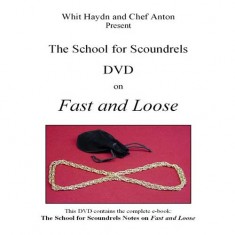 Fast and Loose DVD by Chef Anton and Pop Haydn 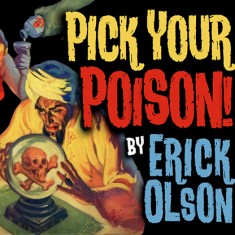 Pick Your Poison by Erick Olson and Bill Abbott