For the first time magicians could produce smoke sleeveless.

Since then it has been performed professionally both on TV and live shows by some of theworld's best magicians.

Producing smoke enhances almost every magic effect, either for a sponge ball routine, a coineffect, or even a simple card transformation.

It easily adds that WOW factor and magical atmosphere that every magician NEEDS in their act.

After a worldwide sold out the smoke watch comes back, BETTER THAN EVER!

Programmable delay, wireless charging, internal battery, a brand-new intelligent circuit board orcrown smoke activation are some of the new additions.

1 - I have the first smoke smart watch. Should I buy the Smoke Watch PRO?

The new smoke watch is superior in design, performance and comfort.

It really is much more improved because during the last 4 years we have been closely listening to the feedback of our customers and since we are never fully satisfied with our inventions we always strive to improve and achieve as much perfection as possible. So...yes!

Our goal was to create a thin and modern watch that didn't raise any unnecessary attention.

If we made it to give time it would increase the thickness of the watch considerably and the watch unsuspicious look is something we didn't wanted to abdicate.

3 - What are some of the main differences between the previous smoke watch and the new smoke watch PRO?

Wireless charging: by placing the watch on top of the charger it automatically starts to charge, and it vibrates when it is fully charged.

Internal battery: it is much more comfortable because we managed to place the battery inside the watch shell (in the previous watch it was in the wristband)

Crown activation: we were able to place a micro spring into the crown that took us a lot of design and engineering, so that you can press it in order to activate the smoke. Besides activating the watch with the crown, the wristband has a micro switch located at the side, so you can activate the watch hands free by pushing the wrist against your body.

Configurable smoke amount: you can now decide to produce smoke for 3 or 5 seconds. We added the 3 seconds time option because some of our customers wished a shorter cloud of smoke for a faster effect.

Improved fan: due to a new manufacturing process we were able to make the fans and therefore the smoke more efficient, by increasing the angle of the fan blades.

4 - With a fully charged battery how many puffs of smoke can I produce?

Around 25 puffs of smoke.

5 - How much time does it take to charge the battery?

6 - How do I know when the battery needs to be charged?

The circuit board of the smoke watch pro is intelligent and doesn't allow you to totally dischargethe battery.

When the battery reaches a low energy state the watch vibrates 3 times in a row, alerting you it'stime to charge the battery.

7 - Does refilling the watch takes too much time?

Actually, refilling the watch takes just 3 seconds. You just need to apply a little bit of the included liquid directly into the coil. It's very easy, convenient and fast.

8 - One drop of liquid is enough for how many smoke productions?

9 - Is the watch programmable?

Yes! You can easily program the smoke delay time from the moment the button (or crown) ispushed, and since the watch vibrates, you have constant feedback.

You know when the smoke is coming out too, because one second before the watch vibrates. 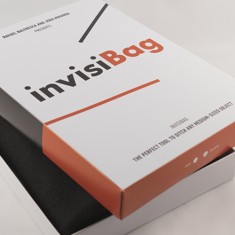