Steve Fearson has created the first Sharpie designed specifically for levitation. It’s called the Ultimate Levitation Pen and here’s what makes it awesome…

It’s substantially lighter than a regular Sharpie. The barrel of the pen has actually been carefully and precisely bored out using a 3 stage process. The pen looks normal from the outside but the hard plastic walls are actually only as thick as a piece of paper in certain areas. The result is a barrel weighing a full 1/3 less than a standard Sharpie yet the pen is still durable and can be handled for examination without the trickery being detected.

The pen is also counterbalanced so the connection point for horizontal levitation is actually not in the center of the pen. And this brings us to the best part…  You can connect to the pen effortlessly, instantly and INVISIBLY!

Picture this… You hand the pen to a spectator and they can use it to write on a card or bill. You take it back and IMMEDIATELY cause it to levitate in the most beautiful horizontal position, with absolutely no fussing or fidgeting trying to find the center.

This is EASY. You could literally hook in PERFECTLY with your eyes closed.
There is no tying. Fearson’s new connection method eliminates that completely!
No tape, wax or other sticky stuff for those Eagle-eyed specs to spot… even up close!
Because the pen is so light it, responds as if it were really floating. The reduced weight also allows you to use the very thinnest threads available if your conditions require it.

Along with the specially gimmicked Sharpie, you will receive everything you need to perform, including access to a comprehensive online tutorial video featuring Steve Fearson, and one Vectra™ Thread Bullet containing over 40′ of super strong invisible thread ($10 value). Steve teaches two hookups on the video, and this product is suitable for all skill levels from absolute beginner to pro. No prior knowledge of thread work is required. 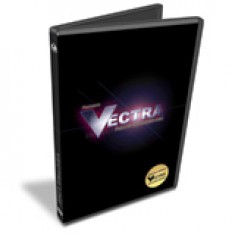 The POD - Locking Electronic Reel with Vectra by Steve Fearson