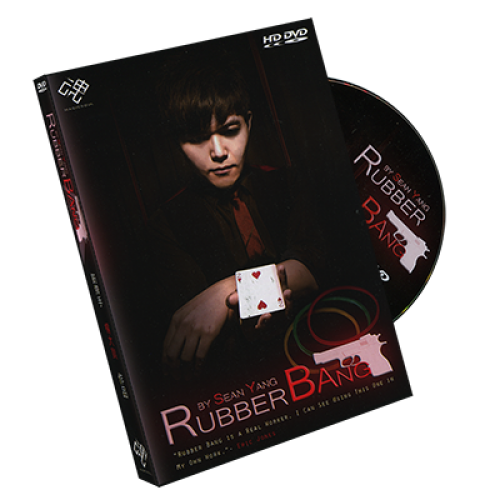 With nothing but a deck of cards and a rubber band, you too can dazzle your audience with a host of excitingly kinetic magic tricks! Instead of picking your audience member's card out of the deck (BORING), why not shoot it out of a playing card gun? Or grab it from the pyramid of cards that sprung up right before your eyes, just like magic? Sure, it might be neat if you can pick out all the aces in a deck-but not as neat as having them fly out all by themselves!

With Rubber Bang, Sean Yang makes his magical DVD debut to teach you how to do all of this AND MORE. Each trick comes with complete step-by-step instructions, down to such basics as how to select rubber bands and perform a controlled shuffle, so that even the most novice magician will be able to pull these tricks out of his hat in no time flat. The DVD also includes mock performances by Sean Yang himself, so you can see each trick in the hands of an expert magician before putting it in to action on your own. No need to worry about coming up with a new performance script!

With Rubber Bang by Sean Yang, acquiring a new array of energetic and engaging tricks... is a SNAP!

"Rubber Bang is a real worker. I can see using this one in my own work."
- Eric Jones

"This is the Ultimate Lecture Using Rubber Bands and Cards. These are very very clever tricks. I love them so much."
- Zeki ( the winner of FISM 2012 )

"Pyramid is the coolest and most unique ace production I've seen. I'm definitely performing it at my next show."
-Shin Lim

"Yang Gun is one of the best effect created using rubber band and cards to date."
- G.

"Rubber Bang is so intriguing. I believe it's an exciting trigger for every fan of rubber band magic!"
- Hanson Chien 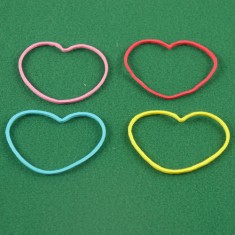 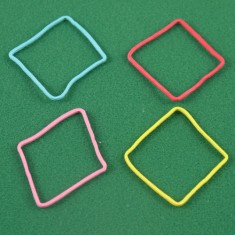 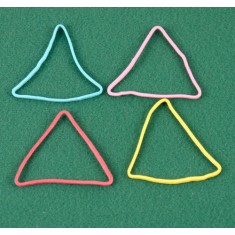 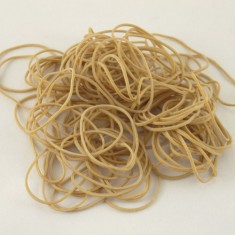 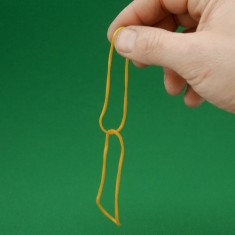 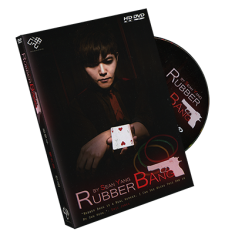 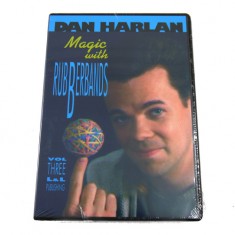 Banding Around by Russell Leeds - DVD