Developed for a corporate gig performed at by Michael, he has decided to bring this very commercial effect to the magic market for all to enjoy!

A perfect reason to use a paddle! It’s a mini cricket bat!

I’m having a lot of fun with this, highly recommended! – Nick Einhorn

A very commercial routine, i wish I had thought of this! – Wayne Dobson

The magician brings out a mini cricket bat and a red pen.

He begins by drawing 3 balls on each side of the bat and asks the spectator where the best place to strike the ball is? The magician explains that its number 2 (the middle one). He then rubs out number 1 (the top one) on one side. When he turns over the bat the number 1 on the other side has also vanished! He explains how it works and that when he rubbed one side he secretly rubbed the other side with his finger.

"If that’s too confusing we can start again” says the magician. Suddenly the magician shakes the bat and all 3 balls have re appeared back on the bat.

Now the magician rubs away number 1 and 2 leaving only number 3 on both sides.The magicain shakes the bat and all 3 balls re appear and we are back to where we started!

Now the magician rubs off number 2 and 3, leaving only number 1 (the top one).

With a flick the ball jumps to the bottom of the bat and then back up again.

For the finish the ball is visibly removed from the bat and all is given out to be examined!

Complete with everything you need, Bat, Pen & Ball. 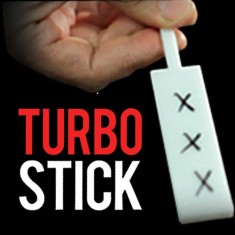 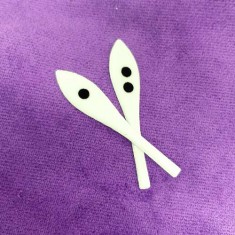 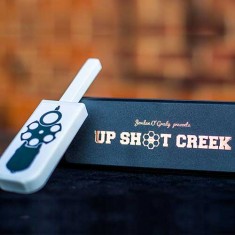