If there is one trick people associate with magicians more than any other, it's making a rabbit appear. But pulling a rabbit out of your hat at a restaurant or coffee shop just isn't practical, let alone sanitary. Luckily, Steve Fearson has come up with the next best thing.

You take an ordinary packet of sugar and empty the contents into your hand, forming a fist, you proceed to squeeze the sugar and mumble a few choice magic words before telling your audience to ready their cameras for a once in a lifetime photo opportunity.

Slowly, your hand is opened to reveal... a bunny!

You have somehow formed the sugar into the unmistakable shape of a tiny rabbit, with a mind-boggling amount of detail!

Just as quickly as it appeared the bunny vanishes, leaving you with empty hands. You gesture towards the empty sugar packet on the table, telling a spectator to check and see if the bunny jumped back into the packet. The packet is found not only to be full... but sealed!

This is an illusion that you'll find yourself performing every chance you get. Restaurants, coffee shops, anywhere you might find a sugar packet. You'll want to have this on you all the time.

The included prop makes it easy and practical. Each bunny is crafted from a ightweight, durable polymer and the detail is incredible, it absolutely looks like it's been formed from sugar even close up. No complicated sleight of hand is required, you'll be performing this one the day you receive it.

This versatile little prop, custom made by Steve Fearson can be used to create your own routines as well. It's been designed to fit into a thumb tip, opening up a world of possibilites.

Your package includes the bunny, access to a video tutorial detailing the entire routine as described and one alternate handling. This is a trick your audience won't soon forget and will be talking about long after you're gone!

Sugar Bunny is an original creation, first appearing as a routine on Steve Fearson's Magically Delicious lecture video. This new package with included prop completes the evolution of the effect, making it practical and portable. It's the ultimate table-hopper! 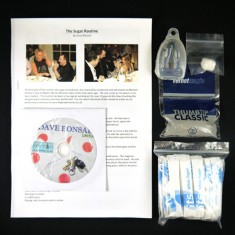 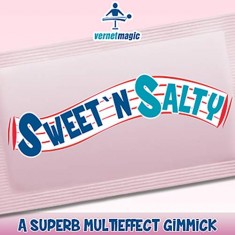 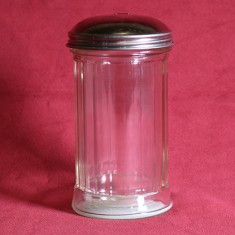