Element is a jam packed two-volume masterpiece crafted by one of Britain’s most prevalent working magicians. Element includes a revolutionary precision gimmick, handmade by JM Authentics.

Element began with one man and his obsession with superheroes. Kieron Johnson dared to dream that he could have real life super powers. Those dreams became reality 5 years ago

What Kieron discovered was a devious blend of secrets and science that allows you to discreetly carry solid blocks of ice on you for hours at a time. Ready to be produced at a moment's notice.

But just figuring out the science wasn’t enough, it took years of performances and refinement to turn this from a trick into a miracle. That knowledge of experience is what you’ll also be learning in Element.

HERE’S WHAT' YOU GET

Volume 1 - With Volume 1 you’ll receive the luxury handmade Element gimmick. Plus you’ll get access to over 1 hour of live performances and tuition from Kieron Johnson. Including, the signature effect from Element.

You’ll learn how to:

• Element Production - Turn fire into Ice in their hands.

Fuse a borrowed coin into a frozen block of ice.

• Card in ice - A chosen card is taken (and they can change their mind), a corner is torn off to keep as a receipt. The remainder of the card vanishes and is found in a popsicle!

• A lifetime of tips and tricks for real world performing.

• How to prepare for your performances.

• A sleeving and flash paper masterclass.

• Bonus: A load of mini bonus effects scattered throughout.

Volume 2 - This is where it gets fun. With over 1 hour of video instructions, Kieron shares some of his signature tricks that get the wild reactions that you see in the trailer.

• Lollipop 2.0 - A prediction is placed on the table. Your audience chooses the word ‘lollipop’ with incredible fairness. The prediction bursts into flames becoming a real lollipop. To tip them over the edge… the entire deck turns into lollipops!

• Card in Candy Bar - Your audience chooses a card and really can change their mind. A corner is torn from their card and given to them as a receipt. The card is vanished (or in Kieron's case eaten!) and found in a candy bar that’s been in their possession since the beginning!

• Card in Orange - An exciting new method for the classic card in orange that made Adam ‘The Worker’ Wilbers jaw drop! Now you can practically do this effect without having to worry about hours of set up. 1 minute and you’re ready to astound.

• Flame - Control fire with your body. Take fire and hold it at your fingertips. A click of the fingers and it’s gone.

• Bonus: Visually melt a Lollipop (Sucker) through borrowed bill. Then restore the hole in their bill! 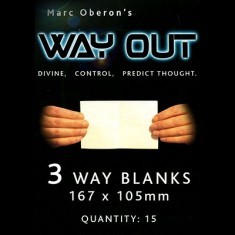 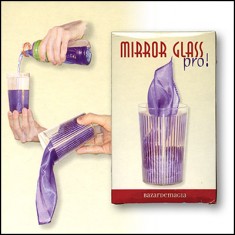 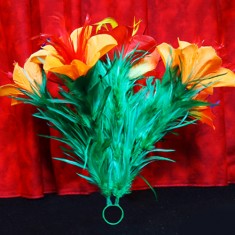 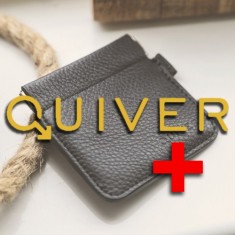