When this trick first appeared in Germany in the early 1970s, it was hailed as the ultimate cube penetration, although there were plenty of weak points to be found.
Today, almost thirty years later, we at Future Magic are offering you a version that made the first customers who saw this stage and salon version express their enthusiasm. Everyone agreed that it was the best that is currently available on this subject!

Curious what our studio visitors were so enthusiastic about? Well, in addition to the perfect solid workmanship, the unbeatable price and the large, stage-effective execution, of course the effect, which is simply unbelievable, but which can be shown from a distance of less than a meter due to the perfect trick technique!

What is happening? They show a flat pedestal and place an empty, unprepared square tube on it. The tube, top and bottom open, has three large openings at the front and back, so that you can look completely through the tube without any trickery! Next you show two extremely attractive metal plates made of polished stainless steel, which you slide across the tube through slots on the side. The tube is divided into three compartments.
You now pick up a large, solid cube with an edge length of 10 cm and throw it from above into the vertical tube. Logically, the cube remains on the upper metal plate, because it cannot do otherwise. The audience can see it very clearly through the large cut-outs. In order to completely isolate the cube from the outside world, close the tube with a pretty lid that can also be examined.

You will talk about the force emanating from cosmic rays. A radiation that is strong enough to melt even solid metal and which some people can bundle in their index finger. You touch the upper steel plate with your index finger and let the radiation, which your audience may have just smiled about, act on the noble metal. The tension rises, because nothing happens at first. Then suddenly, the cube moves and literally melts right in front of the eyes of the audience through the upper metal slide to remain on the lower stainless steel plate. Completely without manipulation and completely visible! The slide is immediately removed from the tube and handed over for examination. Solid stainless steel, without a secret flap or anything else!

Again let the bundled radiation of your finger act on massive metal and again the impossible happens: The cube penetrates the second, massive metal barrier with full view in order to remain on the pedestal. Of course, the second slide is handed over for examination immediately after it has been penetrated.
Particularly important for you as a success-oriented demonstrator: Large, elegant stage design which, thanks to the precise workmanship, can also be shown up close. Perfect trick technique, only one die is used. No manipulation, can be shown surrounded, a grandiose effect. And without showing any difficulty! 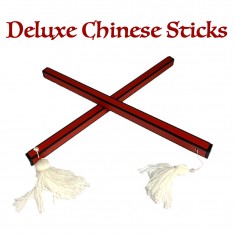 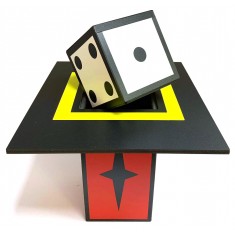 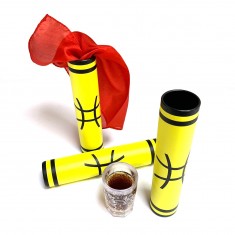 Do As I Do Plumes Deluxe with routine by Mel Mellers 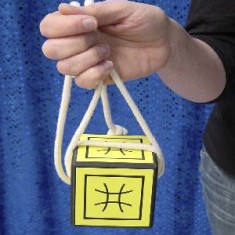 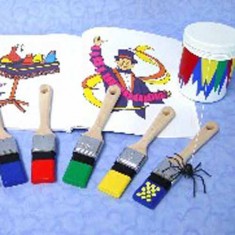