The most anticipated effect in years, that sold out at every convention before we finally released it officially!

This is a deck (not just a single effect) that was more than four years in the making to get it to this level of perfection. Imagine Christoph Borer's Get Sharky, voted Trick of the Year, and improve it in a way to give you more freedom to show the selected card. And then add great routines to it that are so magical and different. You will have the feeling of getting not just one trick but a collection of effects that are so strong, they stand by themselves! (Just do one of them for your audience and you will kill them!)

Comes with an Online DVD (in english and spanish) and a Repair Kit that will keep your Destiny Deck in good working condition even if you mishandled it. (All routines are constructed in a way that the preparation will not wear out by itself.)

"David’s idea is amazing. With deep love and effort he managed to maximize the possibilities of this deck and developed many strong effects for it!" - Juan Tamariz

"When David showed me his Destiny Deck at FISM in Rimini, I said: You should not show it to me, you should do this in the competition! Amazing possibilities!" - Pit Hartling

"This deck has to be in the repertoire of any magician who wants to achieve a real impossibility!" - Dani DaOrtiz

"I have no idea how it is done and I do not want to know the secret. Wonderful!" - Jay Sankey

"David’s Destiny Deck is yet another exciting development in the realm of special playing cards released by Card-Shark. His applications are AMAZING and I’m a big fan of this principle!" - Joshua Jay

"I try to avoid being envious when thinking about the Destiny Deck, but it is so powerful, seems impossible, and has so much magic built into just a single deck of cards. It sucks! Sorry, that was envy." - Miguel Angel Gea

"David Gonzalez has taken a great principle of card magic and brought it into the 21st century. Using state of the art magic technology, he has created a versatile tool that allows you to perform stunning and seemingly impossible effects. The Destiny Deck is a giant leap in the evolution of card magic!" - Jörg Alexander

Thought of Card Across by Morgan and West

Ring in the Bell by Reynold Alexander 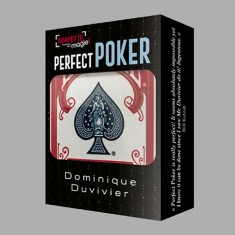 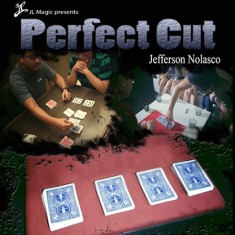 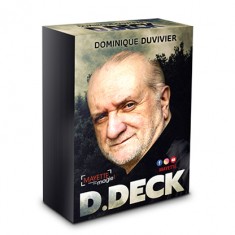 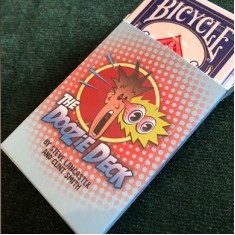