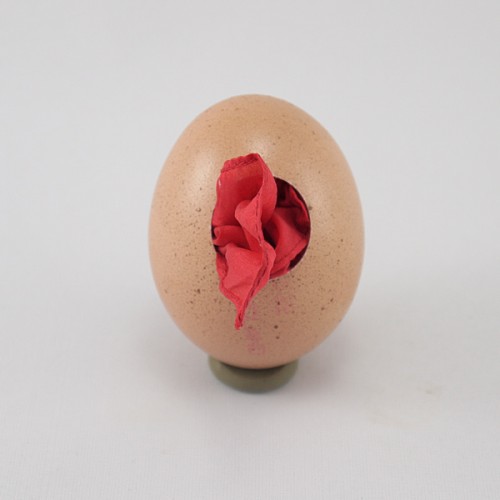 Silk to Egg Gimmicks, sometimes refferred to as Stodare Eggs, have been used for years for the famous Silk to Egg routine.  Dave Bonsall is one of the only people in the world to make these from REAL eggs, each is specially toughened on the inside to resist the wears and tears of everyday use!

These are 100% real eggs, used for the standard Silk to Egg routine. If you’re unfamiliar with it, see the video below of Lance Burton performing the routine, or just type ‘Silk to Egg’ into YouTube to see many clips of this excellent, classic routine.
Standard Silk to Egg Gimmikcs are made from awful white plastic and have a very visible seam around the middle where the plastic was joined, so you can’t use it in close up or close parlour. They also only come in white and real white eggs (needed for the switch) aren’t easy to get. Dave Bonsall is one on the only people in the world to make this gimmick from real eggs and the best thing is, they come in white or BROWN!!

Each egg is hand made by Dave Bonsall. A hole is carefully made in each egg, the inner dermis layer is then delicately removed and several layers of epoxy resin is applied to the inside of each egg. This makes them incredibly tough and can even survive a drop on a hard floor, although this isn’t recommended too much. They’re not cheap, but it takes a long time to make each one and only about  one in five eggs survive the process. The routine is not included with the egg, but can easily be found online. These eggs can accomodate up to an 18" silk.

Durabilty Demonstration for a customer

The " Silk to Egg ' effect created by Fred Culpitt is a classic of magic and for a good reason: it is visual, captivates an audience and it has a surprising ' ending .

The magician shows a silk and puts it in his fist . After some magical gestures and Wizardry the silk changes to a white egg!
He then "Reveals" the secret by showing that the egg is really a hollow one with a hole in the side, a hole into which you pushed the silk to make it vanish.
To make sure everyone understands his explanation , he Repeats the trick, but this time, after the silk has been changed to the egg, tap the egg and break it open- the audience will gasp as the gooey insides of an egg come out!
Tadaaaa ! !

'Silk to Egg' Gimmicks are usually made of white plastic and have a very visible seam around the middle , so you can not use it in close-up or parlor situations . They are also only available in white and real white eggs ( that you need for the switch ) are not easy to obtain .

Fortunately for people who want to perform this effect Dave Bonsall has now brought a brown egg gimmick on the market .
Each egg is hand made , a hole is carefully made ​​in each egg and then specially hardened on the inside so it’s perfect for everyday use .
So it’s doesn’t get any better or more realistic than this,  this is eggcelent ;-)

Advantage:
Finally a ' gimmick Egg ' in brown , that is not only looks very good but is also very well made .
Definitely a must for anyone who wants to perform this routine .
I received the egg in 2 days from the UK and it was very well packed so clearly made and sent ​​with love.
For the enthusiast , the egg is also available in white and even in a goose egg version .

Disadvantage :
They are not cheap , but it takes a long time to make and only about one in five eggs survives the process .
You will not get any silk or routine with the egg , but this can easily be found online or at your favorite magic shops . 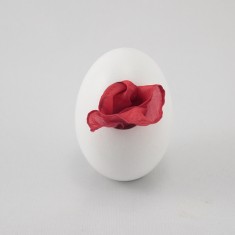 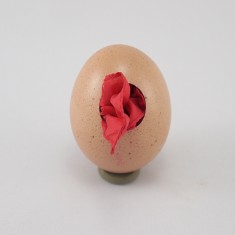 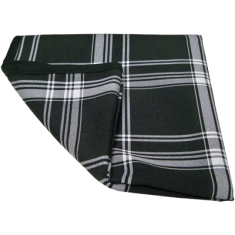 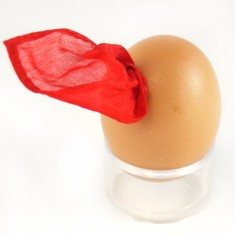 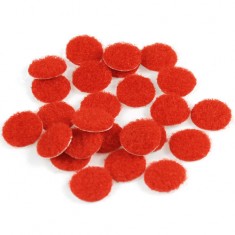 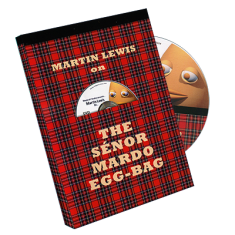 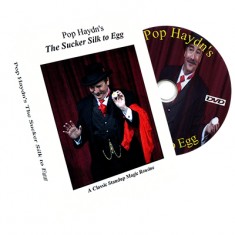 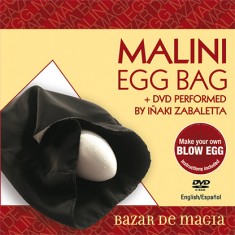 Half Dyed Hanky Pro by TCC