Robert Graham Read ("Bob" to one and all) was one of the unique figures in magic. Bob was the greatest magician the United Kingdom has ever produced. His comedy, his magic, and their combination was unique and produced a rolling wave of hysteria in his audiences that few magicians other than Juan Tamariz, David Williamson, Bill Malone, and Tom Mullica have been able to match. He was also a dogged-researcher and historian/collector, specializing in the early history of magic in London and images of magicians performing the cups and balls.

This unique 4-DVD set contains over eight hours of Bob Read's performances, ranging from 1976 through 2005, including all of his most famous routines. Several lectures are also included in which many of the routines are taught, along with Bob's ideas and theories about comedy. You'll get to see Bob perform his incredible "Bottle Production," "$100 Glass Through Table," "Transpo Tumbler," "Knife Through Coat," "Quasimodo Card Trick," "D(I)ice Stacking," "Gypsy Torn and Restored Thread," "Impromptu Cups and Balls," "Four Coin Production with Handkerchief," and much more. Many of these routines are also thoroughly explained.

Also included are two historical lectures Bob gave, one on the history of prints of the cups and balls over the last 300 years, the second on the search for the mysterious author of parts of one of magic history's most famous books, the Annals of Conjuring.

Let Bob also take you on a walk through magical London, pointing out the sites where interesting magic tidbits took place over the past 400 years. Sit in on a private interview Richard Kaufman conducted with Bob in which he explains the true secrets of misdirection and comedy magic.

Also included on this set are pdf files of all seven of Bob Read's publications, Thanks to Pepys, What You Get is What I Do, "Knife Through Coat," "Bottle Production," "$100 Glass Through Table," "Transpo Tumbler," and "Penultimate Cups and Balls." The entire issue of Genii dedicated to Bob and his work from 2004 is also included.

All told, these four DVDs encapsulate the life of one of magic's greatest practitioners. 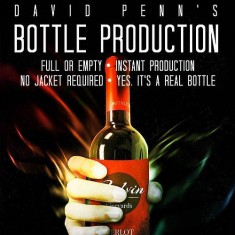 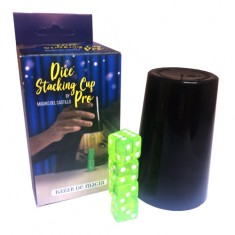