The Baffling Blocks by Ashton Carter

Alan Wong and Ashton Carter have taken mutual deep interest in this effect and turned it into wonder filled performances.

Your participant picks up all three blocks and then picking up the top block to discover it weighs more than all three blocks. It defies science, logic and they experience real astonishment!

Ashton Carter is a professional magician from the UK and has been performing this effect for over eight years. He has created customized routines that can fit almost any performance style, in this dedicated book 'Magician's Guide To The Baffling Blocks' which includes ten full routines and five variations, tried and tested for real audiences by Ashton, including his full street show script that can earn you the cost of the effect in less than one hour of performing in a busking situation. Also included are: 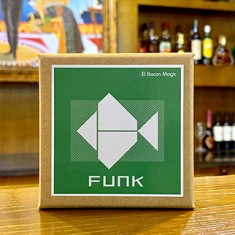