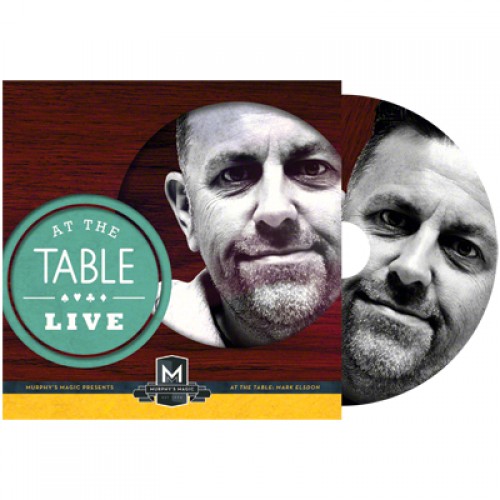 Mark Elsdon is bringing his lecture titled Creating Magic, which focuses on the skills and techniques needed for ANY magician to learn to create their own tricks. Want to be a creative machine? Read on...

Using examples from his own repertoire, including full explanations of several marketed items, Mark will teach practical techniques to help anyone become more creative in their approach to magic. To illustrate, he will take a specific trick and show exactly what inspired him to create it, he will perform and explain several very different approaches and variations that led to the final version and then teach two brand new handlings.

He will also recommend his favorite books on creativity, and teach how the more general approaches described in those books can be easily adapted to the creation of new magic effects, methods and presentations.

In this lecture, you will learn:

Triple Impact -
The ideal walk-around trick. Not only does the magician predict which three cards a spectator will remove from the deck, he also predicts exactly which three freely-chosen pockets the spectator will choose to put them in!

Dream Poker -
The tables are turned as the spectator successfully reads the magician's mind, revealing details about the magician's dream that he couldn't possibly know.

Rubik Predicted -
See the hand-drawn genesis of the effect, learn the various version Mark created along the way and then learn the secret to the marketed effect. Finally, Mark will show what happens when you carry on your thinking after an effect is complete and marketed.

ME CAAN -
A worker's version of the ACAAN plot using a borrowed deck. No set-up, no gimmicks, no math, just a practical approach that leaves laymen thinking they've seen the impossible.

The Guessing Game -
This effect is the perfect example of using the creative approach that Mark teaches. Mark takes a standard trick (McDonald's Aces) in a completely new direction, resulting in a beautifully interactive piece of card magic.

Bottle-capped -
A mentalism effect where the spectator somehow predicts the magician's favorite brand of beer.

Origami Morph -
A spectator removes a bill and folds it into eighths and secures it with a paperclip. By simply holding it in his hand, and without touching it, the magician transforms it into a cool origami souvenir.

Polychromatic -
Take a standard color-changing deck and think about the changing colors the way an artist would. Magic that engages the brain. This is a color-changing effect that triumphs all other ones!

Wishful Tinkering -
Within the context of a card trick, the spectator's wishes all come true. It climaxes with the cleanest card to pocket imaginable. Another great example of Mark applying the creative process to an existing trick to devise a completely different (and much easier!) method.

Conversation as Mentalism effects -
What happens when you apply creative techniques to entirely remove all the props from a mentalism effect. Imagine being able to amaze people without the aid of any gadgets, gizmos or gimmicks, anytime, anywhere with just the knowledge in your head. Mark teaches 2 brand new CAM effects. 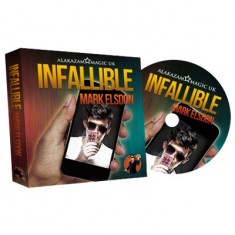 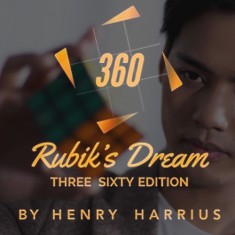