Of course, you’ve heard of Luke Jermay. He is arguably the most influential mentalist of the modern era, having published over 30 books and manuscripts, released a bunch of DVDs, and consulted for major TV shows, as well as created his own very successful live stage shows. He devises some of the most groundbreaking mind-reading material available and he conveys the illusion of real mind-reading better than just about anyone.

In this Penguin Live lecture, he begins with nothing but a deck of cards and no matter who thinks of a card, he knows what it is with uncanny accuracy.

Next, he has one person write a name with which he has some emotional connection and others write the names of celebrities. Then, as Luke is zero-ing in on the emotionally charged name, he reveals other information about the person who wrote it…information he should have no way of knowing…like his birthday, his father’s name, and finally the name he has written on the card.

Then, he has three other guys join him on stage and each one thinks about some unique information. Luke begins to reveal who is thinking about what and even gets very specific by revealing exactly what each one is thinking.

He also has a clever prediction that reveals at what number certain cards will appear, but I must admit that my meager descriptions don’t suffice. Honestly, I can’t rave nearly enough about Luke Jermay. Watching him makes me want to be that good. His mentalism feels real and is thoroughly enjoyable.

And in this lecture, he teaches many of the reasons why as he talks about the composition of routines, incorporating narratives, and being an agent of awe. 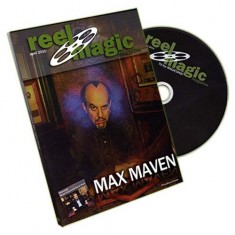 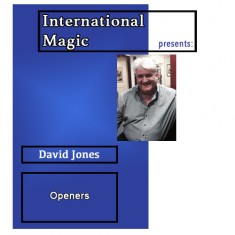