That is some really strong magic! President Barack Obama

Kevin James is one of my top favorite magicians. He’s a joyful and generous presence both onstage and off. He knows what is practical and effective onstage. Spending time with Kevin is a very sound investment. -Teller

All of Kevin James magic is genius, strong, and original. Hes always thinking outside the box. So much that he doesnt even use a cover to cut a person in half! -Cyril Takayama

Kevin James is one of the most creative magicians working today. His original ideas and techniques have amazed audiences around the world. If you look up the word “creativity” in the dictionary, you will see a picture of Kevin James! -Lance Burton

Kevin James is one of those rare animals in the world of magic  creator, performer, nice guy  and he excels in each of these! -Stan Allen, Magic Magazine

I’ve known Kevin James since we were teenagers. He is one of the sweetest human beings on earth. But don’t let that fool you. Behind that lovable exterior resides a mind of shrewd ingenuity, which he uses to create ruthlessly devastating wonders to bamboozle innocent onlookers. -Mac King

Kevin James is not only the Most Creative Magician on Earth – he’s also the most creative human being on the planet. Rudy Coby

Kevin James is the most original comedy magician I have ever seen and his illusions are simply sensational. Jeff Kutash, Riveria Hotel

Not only has Kevin created a fantastic and original act for himself, he has marketed enough routines so that everyone else can have a fantastic act. He is a top-flight creator, performer and all-around nice guy. -Mike Caveney

What will he teach?

Dagger and Rope
This is a super clean and clever cut and restored rope using a very intimidating dagger.

Perrier with a Twist
A staple of Kevins close up show. It is a multi-phase coin in bottle routine that is especially great for strolling restaurant work. This is the real work for the worker.

The Knots
Kevin shows a rope, holds it outward, does a spin and there are 5 knots tied in the rope.

Tennis Court
Kevin will explain how to produce 15 people on an open tennis court! He will also discuss the process how he found the idea.

KJ Newspaper Tear
This nugget came from a contest act Kevin created years ago. The paper is torn, a piece is accidentally dropped, the paper is restored, the missing piece matches! Most stop there. Kevin rubs the piece on the hole and it visibly restores and Kevin hands out the paper as a souvenir!

The Floating Rose
This is a signature piece of Kevins. Kevin is currently in the big touring show called The Illusionists. The Floating Rose is one of the most talked about routines in the show in the reviews. Kevin taught this to David Copperfield many years ago and David continues to do it in his show even now. A paper napkin is crumpled into a ball. It dances on Kevins hand and arm. He gives the power to a little girl to be able to make it dance too. He twists the napkin into a paper rose. It floats inches from the girl. He lights it on fire as it floats and it bursts into a ball of fire. Kevin reaches into the flame and it has changed into a real rose!!! He gives it to the girl as a souvenir. Life is good.

Rose Oil
This is a subtle and clever way to make a paper flower smell exactly like a real rose. Dont underestimate this one.

Floating Rose Dispenser
This is the commando version of dispensing IT that Kevin uses every night onstage. This has been created through years of trial and error.

Water Bottle Dispenser
This is a great way to dispense IT is a real world situation, like at a picnic.

Psyco-can-esis
This is a very useful and funny gag from Mark Kornhauser. The MC or comedy magician shows a bent fork and talks a little about the famous Uri Geller. He explains that he can do much better. He puts the fork away and shows an empty Coke can. He proceeds to crush the can with only the powers of his mind. Then is that was not enough, he unbends the can the same way!!!

The Mental Effect
Kevin tosses out a brick to the audience. Eventually one person is chosen to be for sure not a stooge. Kevin pumps him for information. He then shows an envelope that has been hanging in full view the entire show. It is taken down and opened only to find a second sealed envelope. Inside that is a large piece of paper with a sentence that correctly predicted what the audience member would say!!! Now you dont have to carry around a huge chalkboard.

The Cast Appearance
Kevin has found a new technique for some amazing illusions. One of them he will explain. It will allow you to produce 6 people instantly on a very thin table!!! Kevin made this to produce his cast at the end of his show for his bows.

The Duck Decapitation
One of the more shocking effects Kevin has invented. This one will get you more gigs.

Fork in Eye and Parmesan Cheese
There are two quick gags that are a lot of fun to do in a restaurant with your friends.

Water in Ear
This is a funny little gag that came from the brilliant Karrell Fox. You invite a kid on stage. Get him to take a drink of water. You look in his ear and proceed to blow a stream of water out his other ear. Hopefully hitting the other kids sitting on the floor.

Costume Change and Curtain
This is something Kevin came up with years ago for a contest act. It was in storage for many years and recently he brought it back into service for The Illusionists show. It gets a very strong reaction. He gave this effect to Rudy Coby years ago and Rudy turned it into his Worlds Most Dangerous Card Trick effect. Kevins curtain design is also very interesting.

Animated Card thru Balloon of Death
You perform a simple card in balloon effect for your audience. You then teach them exactly how you did it. But then they are shown how to get out of a certain difficult situation and they are left even more baffled when the card visibly penetrates the inflated balloon and animates.

The Knot Tube
Kevin will discuss his project with Gaetan Bloom called Full Bloom. It is a new two volume set of Gaetans ideas that is nearly 750 pages. He will demonstrate this trick from the book.

How to stimulate your creativity
Working out your creative muscles
Shock value and how to add it to your show, duck head, play doh, goldfish, harming small animals
Some clever presentations for some existing effects  Joel Hodgson and Eric Buss
Kevin and Antonio  stories and our history
Americas Got Talent
Touring with The Illusionists
Working at the White House for Obama  napkin story, flash paper story
Indonesia TV  Kevin was seen live by 200 million people
This is going to be one of those lectures that will astound you and blow you away. You’re going to learn tries, tested and proven magic from a guy who has literally performed across the globe.

*Lecture topics are subject to change*

Kevin got interested in the art of magic at a very early age. He remembers seeing his first magic performance and how it made that 10 year old feel. He decided early on that performing magic for the world was going to be his life’s calling. He feels blessed every day that he can do what he loves and gets to make people happy. It is a huge honor and responsibility to remind people how to feel the sense of wonder they had as a child. Becoming an adult, and the daily activities of the world, take that feeling away and Kevin tries to give it back.

Kevin’s style of performance is anything but conventional. His unique comedy and magic has gained him a reputation as a world class visual artist. Kevin is like a modern P.T. Barnum. His art vision was to assemble the most unique artists on the planet, creating a very special show.

His fresh approach has allowed him to headline in some of the world’s top showrooms and theatres. He has performed on television in 25 countries. In the US he has performed on all the major television networks and many cable channels. Some of his past performances include starring at the Crazy Horse in Paris, a Royal Command Performance for the Prince of Monaco, headlining in Jeff Kutash’s Splash at the Riveria in Las Vegas, Caesar’s Palace, Tropicana and Bally’s just to name a few.

Kevin is also a very prolific magical inventor. Not only is his show original, he has created many things that have been performed in the shows of other famous magicians like Doug Henning, Mark Wilson and David Copperfield. 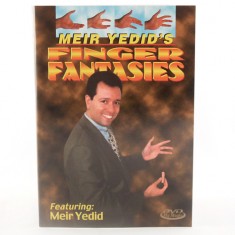 Healed And Sealed 2.0 by Anders Moden 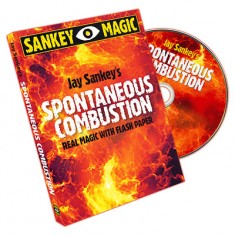 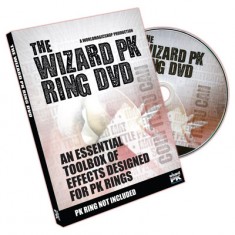 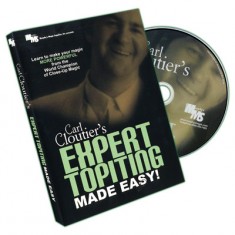 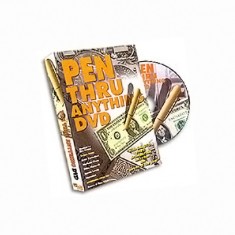 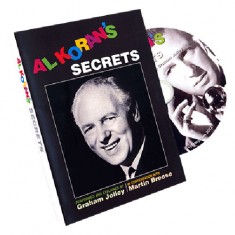 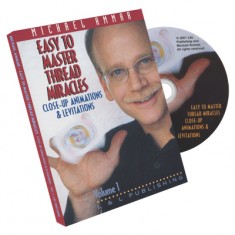 Rope, Nut & Knot by Giovanni Livera and The Magic Estate

The Misdirection Effect by Liam Montier