“Jason is not only one of the best exponents of sleight of hand on the planet, he’s also one of the finest teachers that I’ve ever met. His talent for constructing beautiful routines, from self working miracles to expert card technique, is second to none. I highly recommend his lecture to anyone seriously interested in close-up magic.” -R. Paul Wilson

“Jason England has an encyclopaedic knowledge of cheating methods and enviable skill with a deck of cards. Anything he has to say about cards is worth listening to.” –Darwin Ortiz

What did he teach?

Conning Caveney
A unbelievable demonstration of skill with a riffle shuffle. A group of widely separated cards are controlled and stacked for a game of poker with only a single shuffle. After the shuffle the spectators could deal if they wanted to, because the cards really have been stacked to fall in the proper places.

Marlo-Gardner
A quick gambling expose that Jason has used countless times to blow away his audiences.

He’ll also teach work on the Zarrow Shuffle, all in depth work on Bottoms Deals, Center Deals, 2nd Deals and even 3rd deals and MUCH more.

Because he’s known for doing the tough moves with cards, he’ll spend some quality time helping you with your technique issues.

Who is he?
Jason England is widely regarded as one of the finest card handlers in the world with 25 years of experience performing classical close-up and bar magic. He has performed on four continents and specializes in hospitality suites, corporate functions and high-end private parties and events. He’s entertained celebrities, sports figures, presidents, politicians and military audiences all over the world. One performance took place 900 miles inside the Arctic Circle!

Jason’s area of expertise isn’t just confined to magic however – he is also considered one of the world’s foremost experts on gambling-related sleight-of-hand and cheating techniques. His knowledge and experience have led to film and television performances, casino game protection talks, and lectures on marked cards and antique gambling collectibles/ephemera.

If you’ve ever wanted to improve your understanding of advanced sleight-of-hand maneuvers, but were not sure of the best way to proceed, look no further. Jason England has spent the past 23 years mastering some of the most difficult moves possible with a deck of cards. No armchair quarterback here, Jason has also been using these moves in his regular magic acts and gambling demonstrations throughout his entire career. His knowledge of these moves, his years of experience actually using them, and his background as an academic instructor combine to provide you with a unique learning opportunity. If you want a real teacher to teach you the real work, you’ve come to right place. 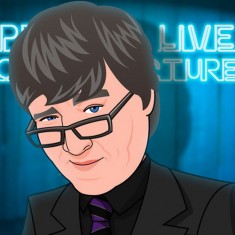 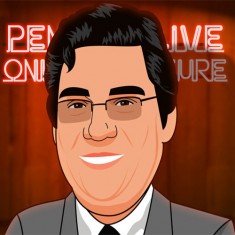