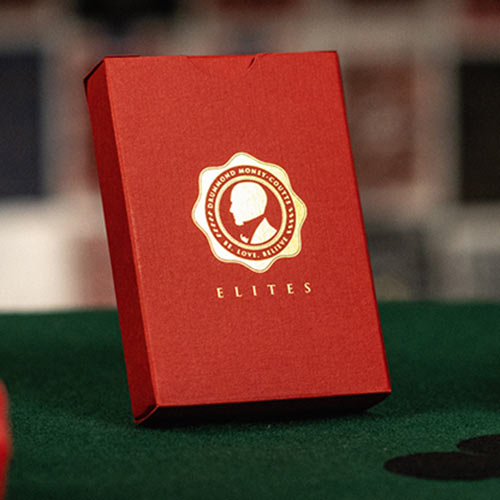 It's taken eight long years, five separate editions and many tens of thousands of decks printed ... but the moment has finally come:

DMC ELITES V5: Perhaps the most powerful deck EVER created for magicians.

Building upon each of the iconic previous versions of ELITES, this fifth edition has taken the greatest leap yet and answered the wishes of so many hundreds of magicians over the years ... by incorporating Juan Tamariz's legendary MNEMONICA system into the deck! This unique blending of 'marked deck' and 'stacked deck' magic positions the DMC ELITES V5 clearly as one of the most devious and powerful weapons available today for both the amateur and professional card magician.

What does this mean in layman's terms? Well, simply put - in glancing at the back of a single playing card for LESS THAN A SECOND (and from a distance of up to SEVEN FEET) you will know not only the card's exact VALUE and SUIT, but also its precise POSITION in the deck!

Whilst many thousands of magicians will already be familiar with Phill Smith's genius 'Optical Marking System', for those who have yet to discover the secret - it is truly one of the greatest creations in the history of marked cards. With many contemporary marked decks requiring memory work, calculation or close scrutiny, the ELITES allow for a near-instant read of the card with no decoding involved - even at a great range or in poor light. We have received countless messages of thanks from magicians around the world-previously unable to make out or interpret the tiny markings on other marked decks-who can read the backs of the ELITES with ease, speed and precision.

Moreover, in spite of the markings' size and clarity they are so deviously 'hidden in plain sight' that in the early years we even had some magicians return their decks, complaining that they had been sent an unmarked version! In addition to all of this, the ELITES V5 also feature unique one-way backs AND faces - allowing a further dimension of deviousness to your card magic.

The result is a deck that was recently voted as "The Greatest Marked Deck for Magicians" by United Cardists. Incredibly clearly marked playing cards that you also can confidently hand to your audience without fear of the secret being discovered.

Printed by the iconic United States Playing Card Company on their legendary Bee stock - still the world's favourite choice - the DMC ELITES V5 will endure many hours of professional use. For the first time ever, the faces have also been upgraded to an ultra high-definition rendition of the standard USPCC faces, which also allow for minimum suspicion from your audience.

Included within each deck is a language-free instruction card that clearly explains the marking system, a Mnemonica 'crib' card (that allows you to glimpse the full Mnemonica stack with ease) and two custom DMC jokers, one with an inbuilt card reveal. 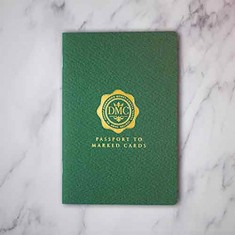 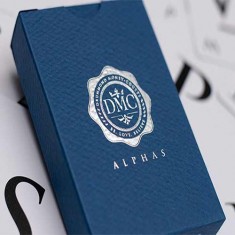 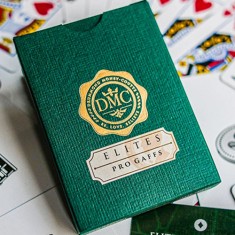 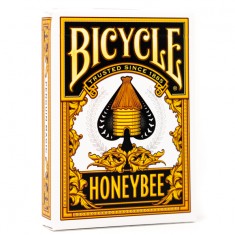 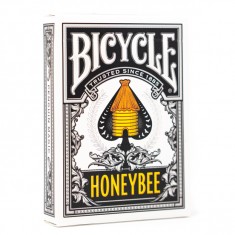 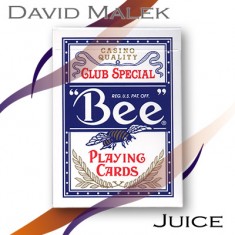